Trying to Remember Who Was With Speaker Straus When He Announced He Had the Votes?

On January 5, 2009, Joe Straus (R-San Antonio) held a press conference at the Texas Capitol to announce that he had the votes necessary to make him the Speaker of the Texas House, effectively deposing then-speaker Tom Craddick (R-Midland) with the support of a coalition of Democrats and Republicans. He was re-elected speaker by the body for four subsequent sessions. On October 25, 2017, he announced that he would not run for election to his San Antonio House seat but would serve out the remainder of his term in office. The photos below were taken at the 2009 press conference, and feature key Straus supporters, some of whom remain in the House, some of whom have moved on to seek other offices or careers, and some of whom have subsequently lost re-election bids. One member who appears in some of the photos, Rep. Edmund Kuempel, died in office in November, 2010.

(All photos by Ran An for the Texas Politics Project at the University of Texas at Austin. Feel free to re-publish these images per the Republishing Guidelines on the right side of this page.) 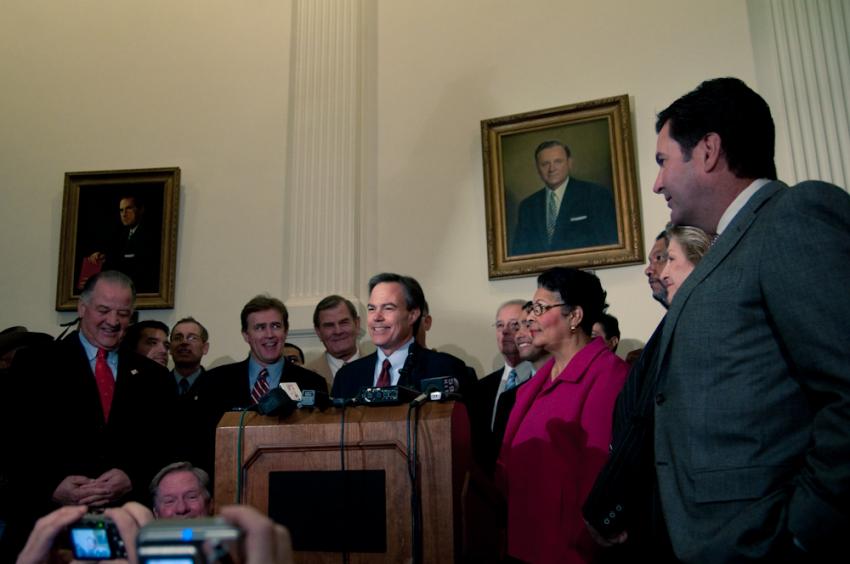 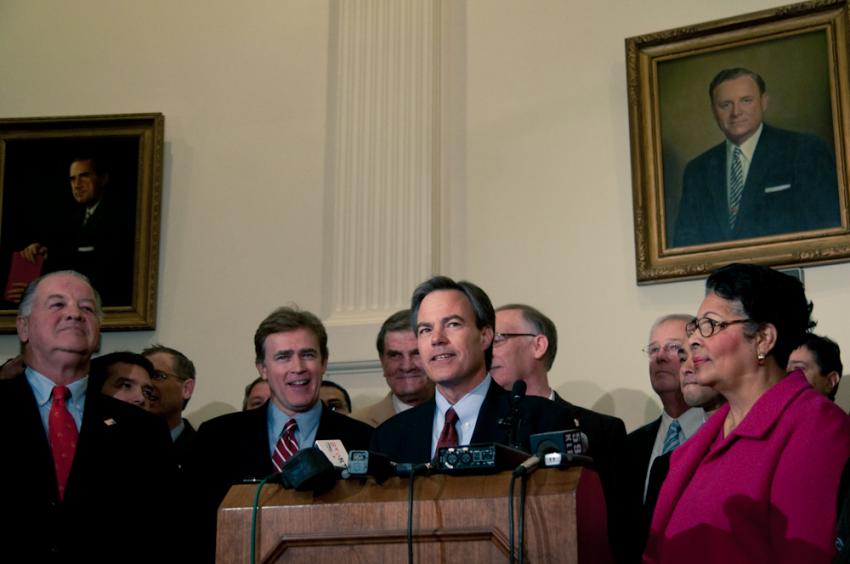 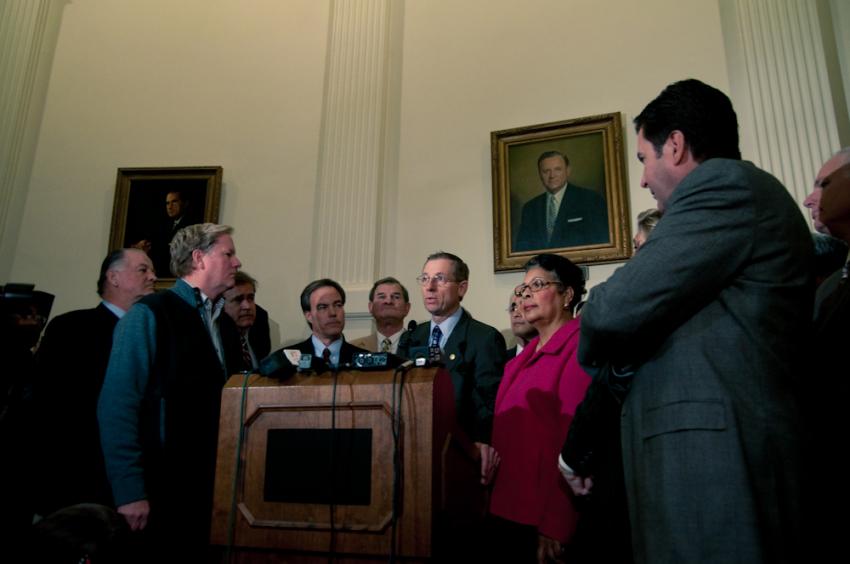 State Rep. and current State Affairs Committee Chair Byron Cook was one of the members who spoke in support of Straus. Rep. Cook announced he would not see reelection the same day Straus did. 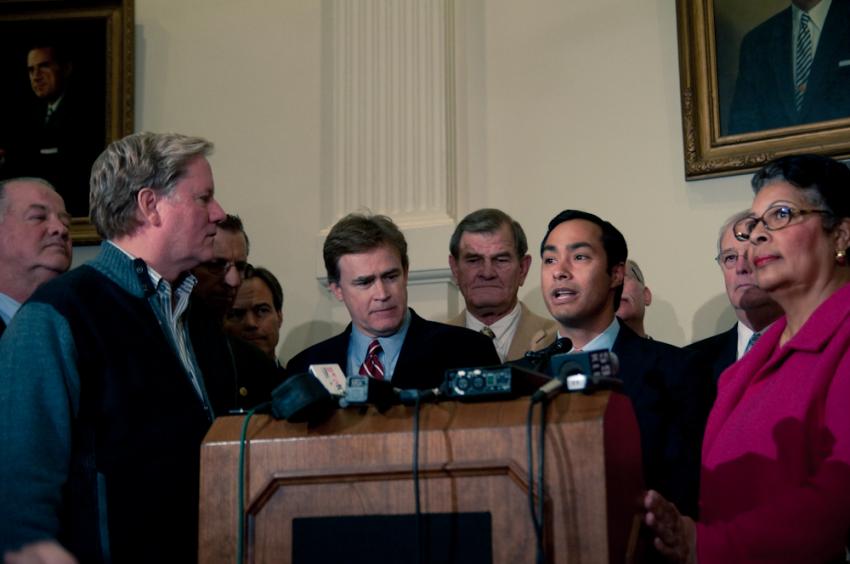 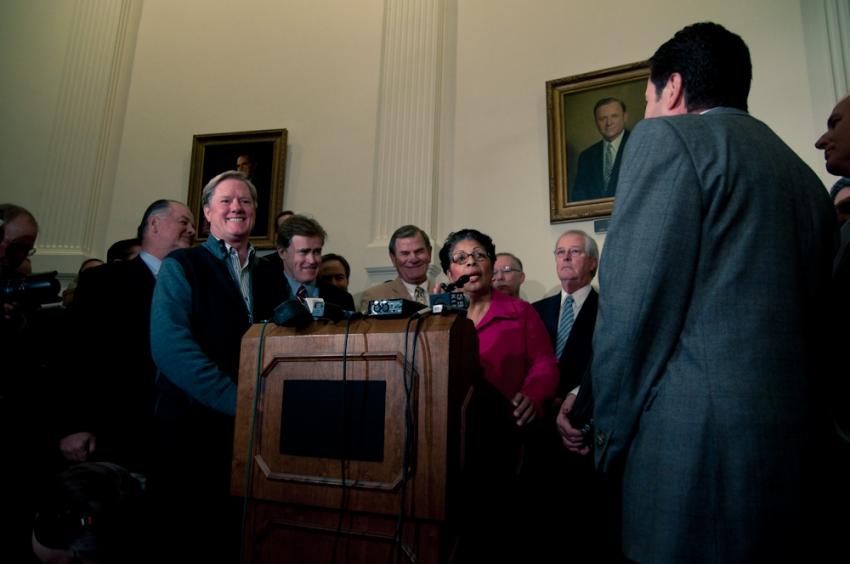 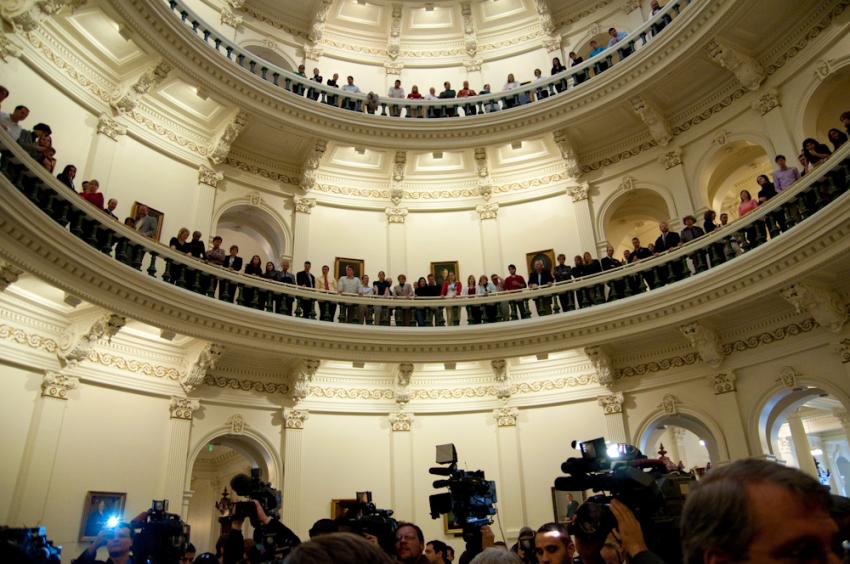 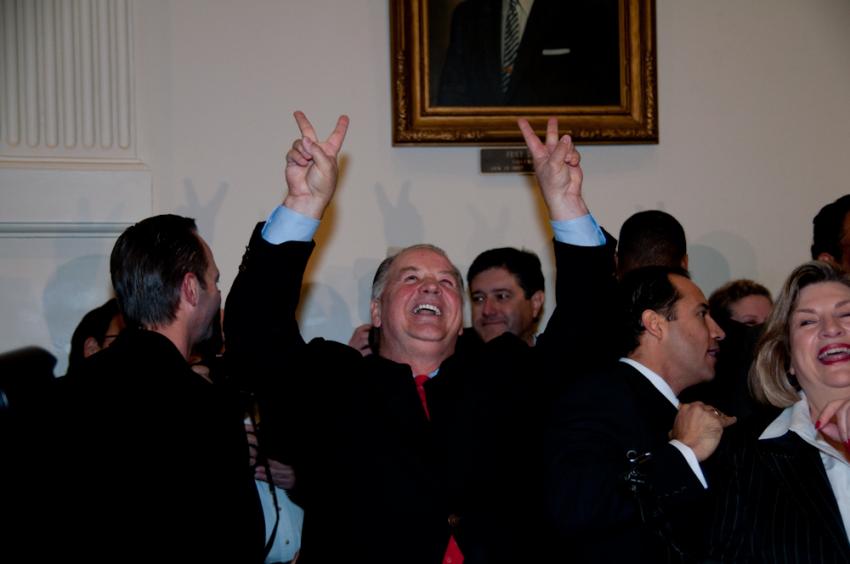 State Rep. Merritt gestured to the crowd on the upper floors in the Capitol rotunda. 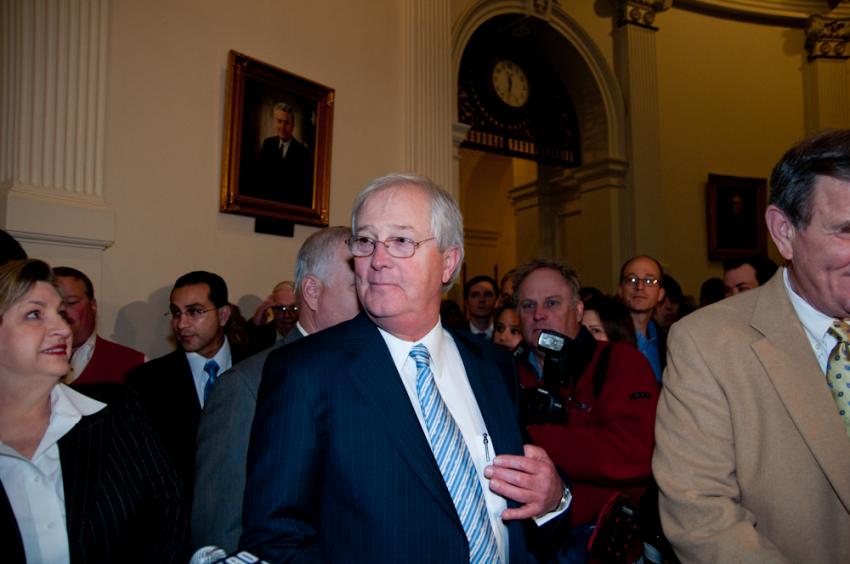 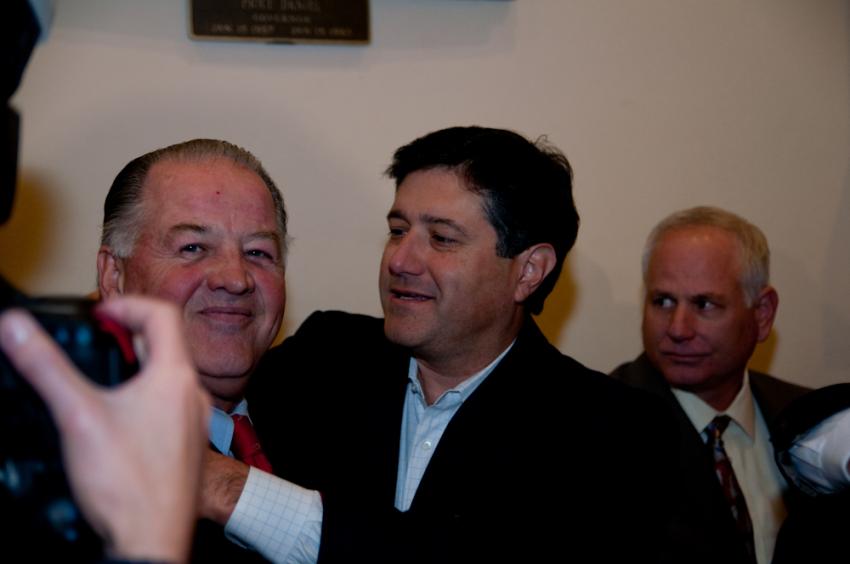 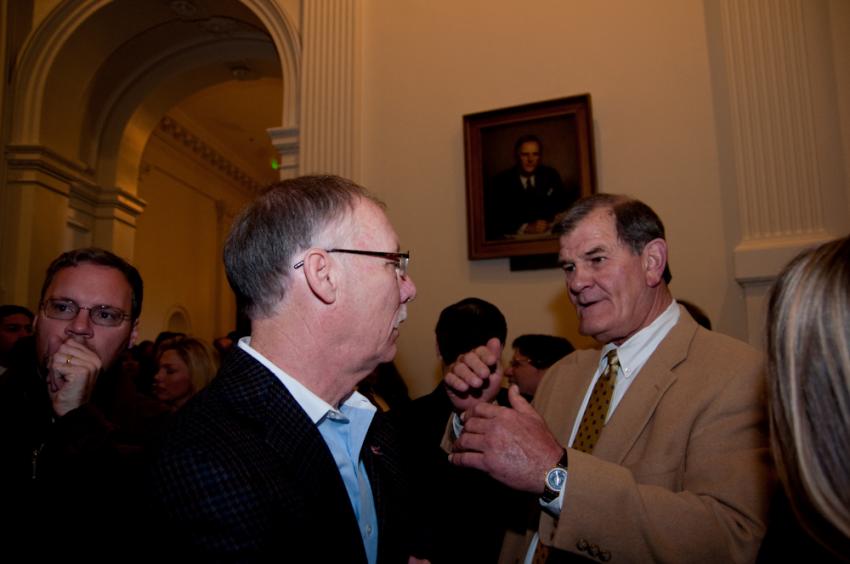