Capitol has Changed with the Constitution 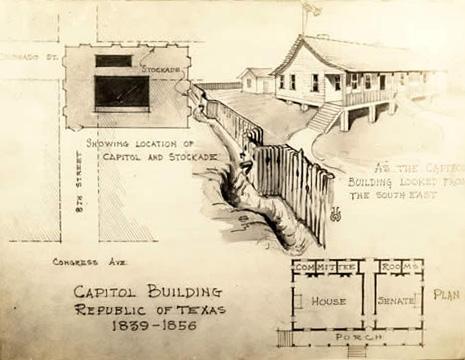 From 1836 to 1839 the government of the nascent Republic of Texas met in temporary quarters first at Washington-on-the-Brazos, then in Columbia, and then in the new town of Houston. In April 1839, Edwin Waller arrived in the little town of Waterloo with the charge to turn it into Austin, the capital city of the Republic, by October. His plan for the city centered on a 26-acre hilltop site called Capitol Square where the capitol building is today. Because time was short, the first capitol, one of the few buildings in town, was built of pine on another hilltop west of Congress Avenue. The first Austin session of the Congress of the Texas Republic met there in November. The building also served as a community center and fort. 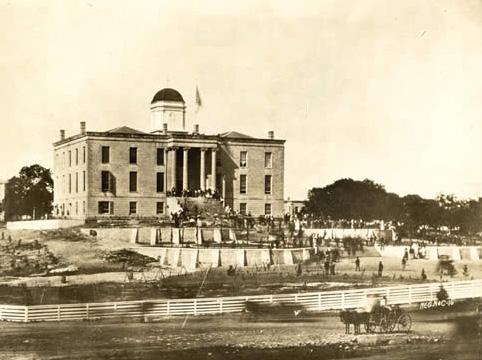 Between 1842 and 1845 the government of the Texas Republic met again at Washington-on-the-Brazos and in Houston before returning to Austin. In 1850, after Texas joined the United States, the state Legislature appropriated money for a more permanent capitol on the original site of Capitol Square where the capitol is today. The new capitol, built of native limestone and finished in 1853, housed the state Legislature for more than a quarter century. 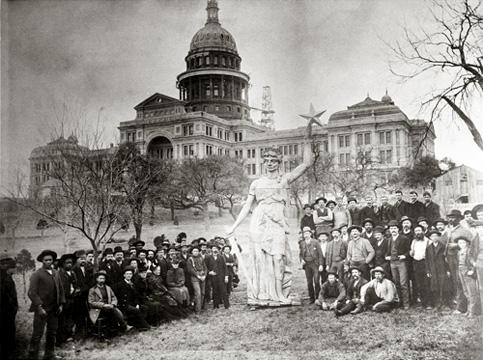 The new 1876 Constitution, which passed as post-Civil War Reconstruction was ending, included a provision for financing a new capitol building. In 1881, just as plans for a new capitol were finished, the 1853 capitol burned to the ground. A temporary capitol was erected across the street. The new capitol, financed by the sale of three million acres of public land and built of native red granite, was completed in 1888. 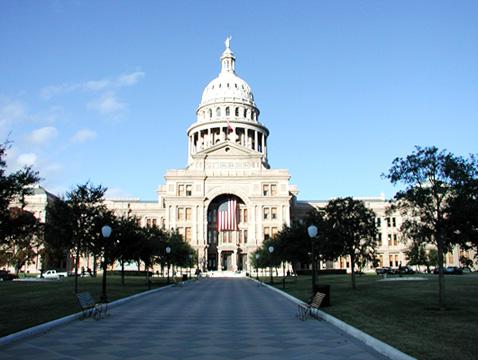 Over the years, as the state and its government grew, many modifications were made to the original structure and overcrowding became a serious problem. Completed in 1993, the capitol extension on the north side of the building eased the space crunch. The extension's unobtrusive underground design together with extensive renovations of the capitol and its surroundings restored the state's building to its 1888 appearance while adding modern lighting, irrigation, fire protection, accessibility, and other vital systems.