Texas schools and universities invest millions of dollars each year in state-mandated instruction on the workings of Texas government. But most Texans remain uninterested in or, worse, unfamiliar with how their government works. Elections and extraordinary news events may spark brief public interest. But Texans' engagement with their government, like voter turnout in Texas, remains stagnant.

The Texas Politics project seeks to confronts these problems.

The project's genesis was as an online textbook designed to support state-mandated university instruction in the workings of Texas government and to aid all Texans in becoming more thoughtful and effective participants in their government. The Texas Politics Project's online textbook provided a clear and dynamic presentation of the story of Texas politics building on Web-accessible video, audio, graphical, and textual formats to foster student and citizen interest in Texas politics and to provide instructors and students with a comprehensive set of tools for teaching and learning. With improvements and a new platform, we have improved on the Texas Politics Webtext over time, adding new resources meant to foster student success. As always, this Webtext is made freely available for use in classrooms across the state and beyond, in addition to a premium version with greater functionality. You can learn more about our Webtext here.

While the project started solely as a textbook, over time, the Texas Politics Project has taken on more dimensions. Beginning in 2002, the Texas Politics Project began interviewing current and former politicians about Texas political history and the political process, and in 2004, formalized this process with the Texas Politics Speaker Series, a series of semester​ly sit down interviews in which we invite politicians, journalists, and academics to the campus of the University of Texas at Austin. These interviews are then edited into a freely available resource for students and instructors around the state seeking to better understand Texas politics. To see what's coming up, visit our Events Page, or take a look at a video from the archive.

For more information about events, or to be added to the Speaker Series email list, contact texaspolitics@mail.laits.utexas.edu.

Since 2008, the Texas Politics Project has also engaged in three to four statewide public opinion polls each year to assess the opinions of registered voters on upcoming elections, public policy, and attitudes towards politics, politicians, and government. Beginning in 2009, we partnered with the Texas Tribune, and continue to regularly measure public opinion in Texas, making the data freely available to students, researchers, and the general public in our data archive. To see what Texans are thinking about politics, or to read some of our own analysis, please visit our Polling Page.

Finally, in the Summer of 2014, the Texas Politics Projects began offering online general education courses for students at The University of Texas at Austin, and beginning in the Fall of 2014 will be collaborating on the production of online courses to be offered through University Extension. These courses are part of the decade-long effort outlined above to produce a variety of public resources available to instructors, students, and lifelong learners, including interactive data visualizations and graphics based on the University of Texas/Texas Tribune Poll as well as other public resources and original video of interviews and public events with elected officials and other practitioners with firsthand experience in Texas government, politics, and public affairs.

Looking ahead, the Texas Politics Project is planning to add a Texas Data Visualization Archive, giving Texans a place to find a trove of information comparing Texas to other states in key areas like education and immigration, and also to look at key trends in Texas' political history, like the growth of government over time, and the changing fortunes of the state's political parties.

Jim Henson directs the Texas Politics project and teaches in the Department of Government at The University of Texas, where he also received a doctorate. He helped design public interest multimedia for the Benton Foundation in Washington, D.C., in the late 1990s and has written about politics in general-interest and academic publications. He also serves as associate director of the College of Liberal Arts Instructional Technology Services unit at UT, where he has helped produce several award-winning instructional media projects. In 2008, he and Daron Shaw, a fellow UT government professor, established the first statewide, publicly available internet survey of public opinion in Texas using matched random sampling. He lives in Austin, where he also serves as a member of the City of Austin Ethics Review Commission. 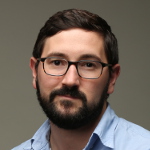